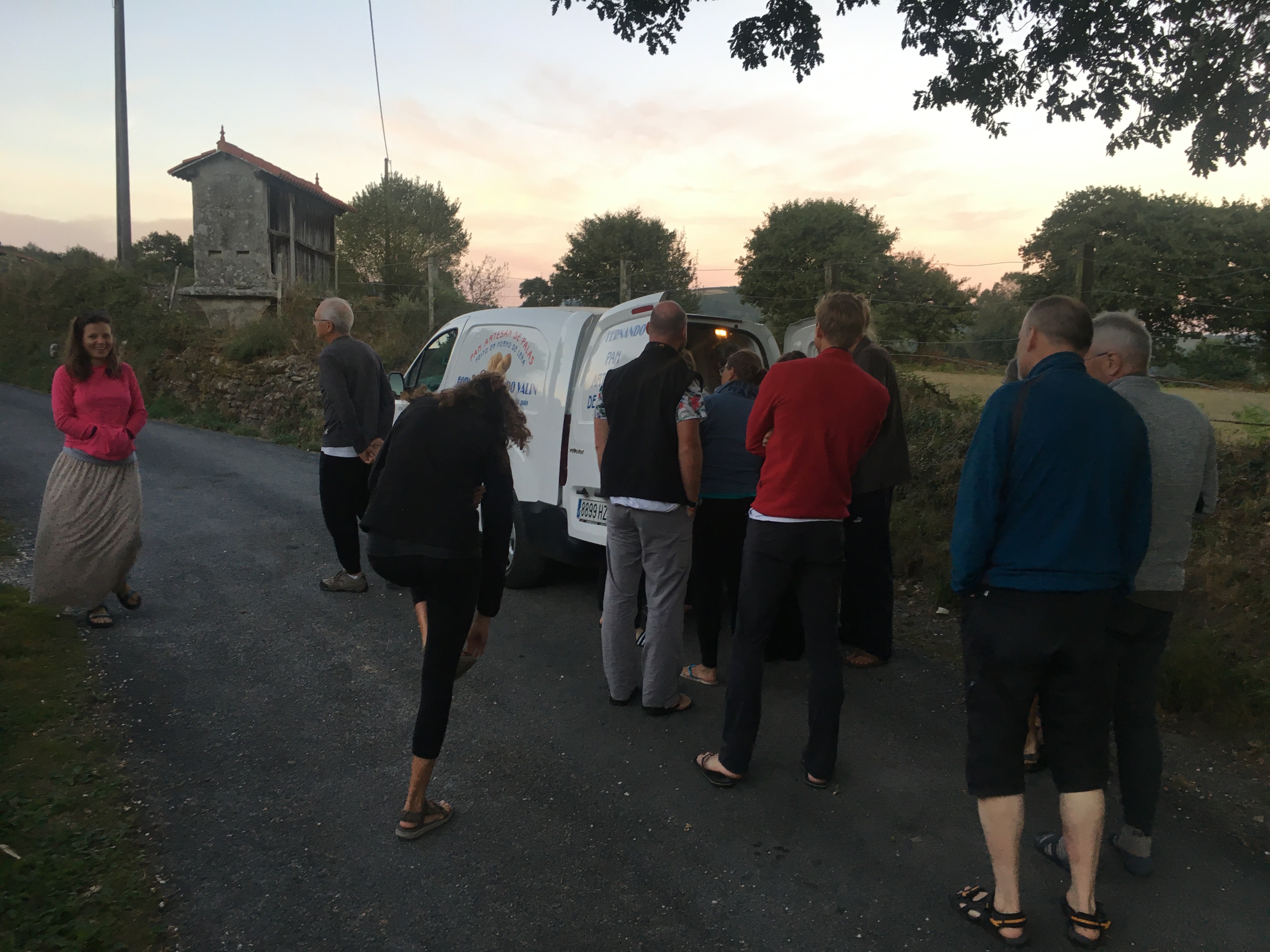 Hola,
A most interesting day…yesterday. We left the big city of Lugo before sunrise as usual with a plan to walk 25 or 30 km to get close to the city of Melide.
We had a few places to choose from, each with kitchen facilities advertised so we figured we would just buy some supplies along the way and prepare our own dinner. Donna was carrying 2 jars of Pesto, we had half a stick of bread and a little wedge of cheese and thought to buy some pasta etc.

As it turned out we walked most of the day in the cool fog alongside our new friend from Golden. There were no tiendas or supermercados along the way so we kept walking another 5 km until we reached a nice place with kitchen etc but still no food.
We were not alone…Gregory from Hungary showed up alongside Manuela from Argentina. Nicole and her boyfriend from Austria plus a few Russians and a group from Australia. Our Danish/Dutch lovers, Joachim the German and Umbrella man elected to stop 5 km earlier so we missed them.

No one had much food and the hospitalero promised a food truck would come past at 7:00 (mas o minas). We were all hungry after our 30km day…Donna started to peel apples donated from the orchard…she sliced and cut and commenced making a big pot of apple sauce. Someone else went out and picked a bag full of the chestnuts laying on the lawn. We shared our cheese and bread plus whatever else anyone had as we waited for the mystical food truck. It turns out that the food truck doesn’t run on Sunday so our host called the bakery guy who eventually showed up with his truck after 8:00. We had a choice of bread, empeñadas and lemon cake.
Our whole group shared a late dinner of empeñadas heated in the microwave plus chestnuts boiled on the stovetop (no oven). We shared lemon cake spread with apple sauce. It was a great collaboration and camaraderie as we all made do with what we had while outside a strong wind began to blow and the lights began to flicker. All night the wind blew strong and the next morning we left at 7:20 into a clear star filled sky. Donna and I walked the 15 km into Melide in the wind with an extra layer of clothes on for the first time in weeks.
We arrived in Melide in time to catch the morning bus to Santiago…we decided to grab that bus and we left Melide at 10:30 without really saying goodbye to our whole cast of fellow peregrinos….a bit sad.
Today (Monday) we are checked into a private room at the Seminario Menor which I think is an old convent with many many small rooms…we have our own space with 2 single beds we can push together, a sink and a view of the city…..only 32€!
Donna heard from our Korean friend Steven who was one day ahead of us. Steven decided to walk a 40 km day and just checked into the same place…
After walking around Santiago for a while we have connected with Steven and will have dinner together once he gets settled. 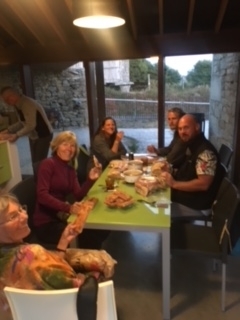 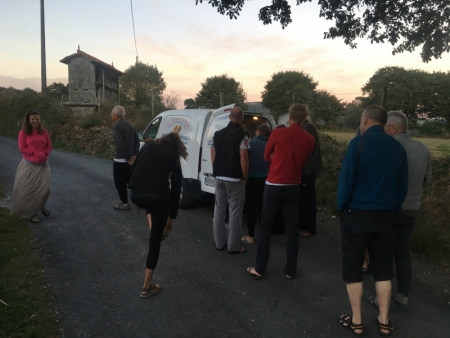 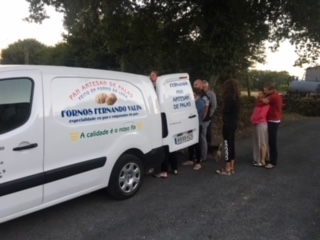 We are back in Santiago…the town is filled with pilgrims carting packs on their backs. It’s very busy, very beautiful and the weather is perfect.
Tomorrow we will meet our driver from BlaBlaCar for our ride to Porto, Portugal.

To get your custom Camino decals make sure not to miss: